Paying attention to detail Red’s show is performed using the same trademark Martin acoustic guitar as the man himself. Since 2011 Ed Sheeran has enjoyed enormous and continuing success, his singles The A Team” and “Lego House” were certified quintuple platinum in the UK. In 2012 Sheeran won two Brit Awards for Best British Male Solo Artist and British Breakthrough Act. 2015 see’s Ed Sheeran nominated for more Grammy and Brit awards and is set to play 3 concerts at Wembley Stadium, his biggest show to date.

The show consists of the biggest hits from Ed’s debut album +, his second album X including the no.1 hit single “Thinking Out Loud”. Now including Castle on the Hill and Shape of you from the new album Divide.With outstanding vocal ability and accomplished musicianship this show can be performed both solo or with backing band.

Robbie Glenn has the moves, the voice and the style. As a performer, he made it through to bootcamp twice on X Factor in two different boy bands. Robbie Glenn can guarantee you the best Bruno Mars tribute show in the UK, delivering an explosive and authentic performance that always leaves the crowd wanting more. Whether you’re a huge fan of Bruno or just looking for a great party, Rob is a talented entertainer whose shows promise to give you the best experience in the UK

Offering all the smash hits such as Uptown Funk, Marry You, The Lazy Song, Locked Out Of Heaven, When I Was Your Man, Dance With Me Tonight, and many more, you are guaranteed to be in for a fantastic night of entertainment, whatever the occasion. Rob has support many a famous name including Lemar and the Cheeky Girls and performs regularly at Parties in the Park and amazing venues all over the country. 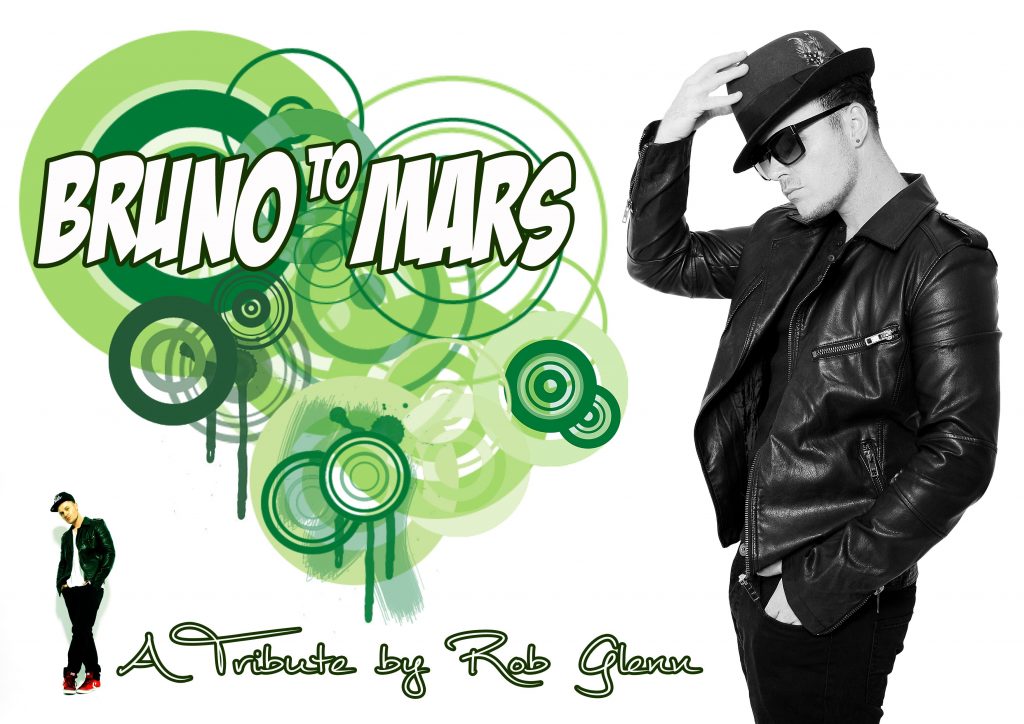